The article is expected to appear on March 19, 2021 and will be delivered together with the rest of your order in time for the release. As a rule, you will receive the goods directly on the release day. However, due to delays in delivery, we may not receive and send the goods ourselves until the day of the release.

Pokemon Kampfstile / Battle Styles is the fifth expansion in the sword and shield cycle. The expansion offers over 163 cards and reveals many newly discovered Pokemon from the Galar region. Look forward to the Pokemon Wulaosu as Pokemon V-MAX in two completely new forms: flowing and focused style. The two new styles introduce new combat mechanics into the Pokemon TCG. In total you can find 28 Pokemon-V and 6 strong Pokemon-VMAX in the new set. More than 25 trainer and full screen supporter cards and 2 new special energy cards complete the set.

The new mechanics of focused / single strike and flowing style / rapid strike indicate, as the name of the edition suggests, different fighting styles that Pokemon trainers can use. While powerful attacks are carried out in a focused attack, the opponent is almost immediately knocked out. To beat, attacks are used tactically in the flowing attack to bring about victory slowly and in a controlled manner, like a game of chess. In the future, Pokemon players will be able to decide which strategy they will choose. The new fighting style cards (there should be a total of 60 pieces in the set) are each highlighted in red (focused style) or blue (flowing style). With these new mechanics, for which the matching trainer cards appear, new tactical and deck building possibilities open up in the Pokemon trading card game!

There are no reviews yet. 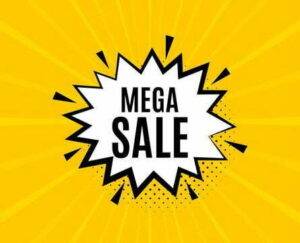